You can download binaries and built versions, use the docker image, or build from source.

Some statistics about the ErgoMixer v1:

A new feature named “Covert Address” will be added to ErgoMixer in the next release in a few days, Stay tuned!

Good news! What is “Covert Address” and how it is different from the stealth addresses recently proposed (@ Stealth Address Contract ) ?

ErgoMixer v3.0.0 is going to be released by October 6.
This version includes a lot of new features including:

Also, starting from this version, ErgoMixer will be backward compatible; Meaning you won’t have to remove the mixer’s database and finish your mixes in order to start using a new version in the future.

Using ErgoMixer v2, more than 56,000 ERG mixed successfully. Therefore, there are more than 110,000 ERG being mixed till now using the ErgoMixer.

A covert address is an entry point to a mix. Any received erg/token on this address will automatically mixed after reaching a predefined threshold and can be withdrawn to any address later

Check out the Ergo Platform community on Discord - hang out with 2,593 other members and enjoy free voice and text chat.

Mix your ergs and tokens with ErgoMixer. Contribute to ergoMixer/ergoMixBack development by creating an account on GitHub.

IMPORTANT NOTE: v3 is not compatible with v2, So please make sure you withdraw all your mixes and remove/move v2 database located in ergoMixer directory in your home before using v3.

Starting from v3, we have an admin version of ErgoMixer which refills token and fee emission boxes automatically using mixer’s income.
Also, in the admin panel which me, @anon2020s, have access to, we can add/remove support for new tokens, add rings, change fee/byte, etc. All running mixers will adapt to new parameters within a few minutes.

How client are getting the parameters?

parameters are stored on blockchain (not data input though), clients scan the blockchain for new parameters every few minutes.

So for example this address:
https://api.ergoplatform.com/api/v0/transactions/boxes/byAddress/unspent/9hUjrNWLTXBU4qkGSA6ssCG8Fe7WpPKT5HW4E5zUr3YJ1HSo1rB

Is where clients scan to see what tokens/rings are supported.
Each box is showing a support for a specific token. Also boxes have the special mixer’s token so no one else can create one.
So adding support for a new token is as simple as creating such box specifying token id, rings, decimal, etc.

Dynamic fee factor is also stored in the above boxes. This factor is currently 1000 meaning mixer will pay 1000 nano ergs per byte of the transaction.

Information about mixing levels (currently 30, 60, 90, 180) and their respective prices are stored in token emission boxes in this address:

Any of these parameters can be changed transparently without needing to release a new version for the ErgoMixer.

ErgoMixer v3.1.0 released.
Import your current addresses (from Magnum for example),convert them to covert, and keep using them in the mixer.

A tutorial for importing magnum (or any other wallet):

It is safe and easy, just have your key for each magnum wallet and download the mixer v3.1.0. [download] Install and run the mixer. navigate to Covert Address page and click the button NEW COVERT ADDRESS: [covert page] Optionally, choose a name for this address; for example: MyMagnumWallet. And, check the box I want to import an existing private key. A new checkbox will appear, I know what I am doing., check it too. A new input field will appear, enter your exported private key and clic…

Isn’t it lovely to have the very first Programmable Mixer? 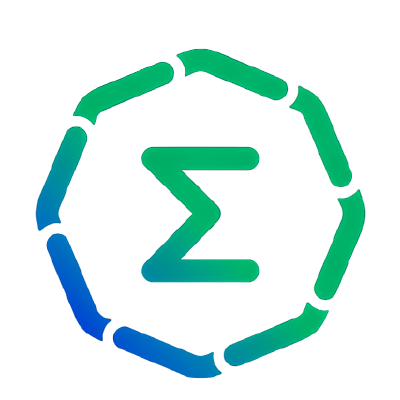 API exposure with swagger. Sorting option for the mix table. Some other minor UI improvements. Minor bug fix: deposit amount of covert addresses was lacking the very first miner fee which is fixed ...

Please take a look and join the discussion:

In order to have multiple shareholders and distribute the mixer’s income in a decentralized manner, we propose a fairly simple approach. Let’s say we issue share tokens with the quantity of 1000, meaning that the mixer has 1000 shares. In this approach, shareholders keep their share tokens in their wallet (doesn’t matter where) and receive the mixer’s profit proportionate to their tokens every week for example. The most important aspect of this approach is the income contract. A contract that …

That’s one small step for Ergo. One giant leap for Crypto.

Here we are, yet another First for Ergo, the first mixable stablecoin which mixing came out to be non-interactive and programmable.

There are two ways to anonymize SigTokens:

Interestingly, these features are composable.